5 Easy Rock Covers That Will Help You Learn Guitar

When a guitarist begins the journey of learning a musical instrument like a Guitar, he needs to go through several practices and training to move with the pace. The easiest way to enhance the basic concepts including, tone, picking and rhythm or covering central yet hidden steps is by tackling a couple of the easy rock covers.

When he applies those skills well, he eventually learns how to handle the strings and chords of the instrument smoothly. Since the industry of music adopted the term “rock and roll”, its genre which was broad earlier has split into several tributaries. 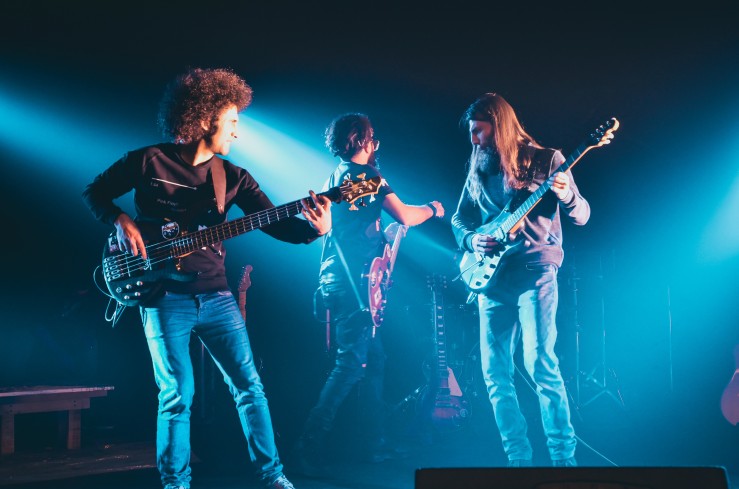 However, as rock evolved over the years through luminaries like Buddy Holly, Eric Clapton,  and Billy Corgan to mention a few, those electric and acoustic guitars have started playing major roles in generating a number of the most emotionally and socially charged music.

However, also there are some common and simple rocks to help beginners in the field. Here, in this brief blog, we have considered some of the easiest and simple rock covers to help the Guitar player in the beginning.

We have also considered mentioning some of the integral instruments that you would require while playing rock music on Guitar.

An electric guitar. You can absolutely play everything here with an acoustic, but you won’t be able to get that chunky distorted sound you usually hear in rock music.

An amplifier with distortion settings or a distortion pedal (disregard if you’re learning with an acoustic).

A metronome. These are devices that produce audible beats you can practice to. You can’t rock without rhythm, so stop reading this right now and practice what you already know with a metronome if you haven’t worked with one yet.

Brain stew by Green Day is one of the most smooth and quite recommended songs to get introduced to power chords. When a player begins the learning process, they often get music notes asking him to focus on major and minor chords, but, this grand piece by Green Day helps in getting introduced to power chords. This music is quite easier and not at all difficult to learn.

Eye of the Tiger by Survivor is another on the list, when it comes to Guitarist, most of them adore rock music and are willing to learn in their initial period only. However, here tough rock songs don’t help and they end up finding it tough to start because they consist of difficult learning material. 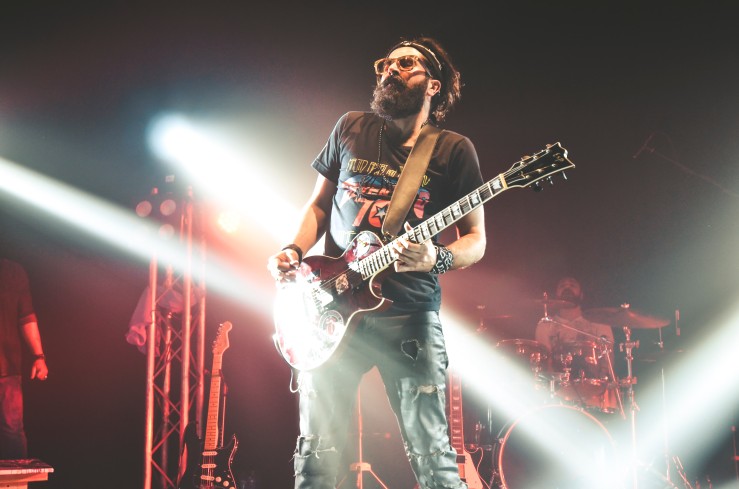 Here we have mentioned another rock that could help you in delivering ease to the music learning journey. Heart-shaped by Nirvana is one of the famous rocks that help the learner in exploring the sensitive side of the rock. Nirvana’s music is almost as appropriate and amazing as it was a decade ago. This is one of the best covers to play for beginners willing to learn chord modulations.

1901 by Phonix is also a great choice. Phoenix has been recognized as a brand that is an amazing representative of rock’s recent obsession with synthesizers. For a music beginner, willing to learn rock music, we would suggest this music, as it focuses on essential parts like synths and effects pedals.

Lana Del Rey’s song “Video Games” captivated audiences back in 2012. This is one of the great rock covers to practice if you’re trying to master bar chords because of its slow tempo. Before you tackle blazing fast guitar songs, you’ll have to start by learning how to play slower ones like this.

There are others like the strokes by Last Nite and many others that could ease the rock music learning for the beginners.

Here in this blog, we have considered some of the best and top and easy rock covers.

5 Qualities that Modern Musicians must possessWhy does one have to be a musician today?How to Grow Your Musical Career Tips with Music Pandit?How to keep your music career active? Live Stream Your Music: a guide for Musicians from Music PanditTips for starting your solo music career with Music Pandit10 Best Guitar Keys of Hindi SongsTop 5 Funniest "Easy" Guitar Songs You Need to Know5 Facts about the Bass Guitar6 Easy ways to improve the tone of your acoustic Guitar now