Great Ideas for Naming Your Album

It's difficult enough to name a song, but what happens when you've finished an album and have to give all of the tracks a single name? Capturing the underlying concept of your music in just one tiny statement, word, or phrase could be a difficult task. 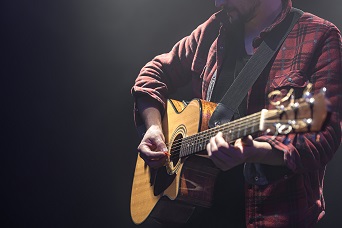 If you're having trouble coming up with a name for your album, here are a few ideas to give you a headstart:

Use the title song/ any song from the album

This is the most popular option. Choose one of the album's tracks that best represents the overall topic, or only choose the opening or last track. This is one of the easiest and fastest ways to name your album.

Determine the album's source of inspiration

A single incident, person, or location may inspire a whole album for some musicians.

You may come up with a name for your album by using the same inspiration you used to make it. This is a fantastic idea to name the album while paying homage to its source of inspiration.

It might also give the record a more creative and mysterious sense. Only people close to you will comprehend the underlying significance behind the name unless you've particularly utilised lyrics.

If you are feeling adventurous, you could also use Google to come up with album titles. Many websites provide different band ideas, and some even let you pick a theme or keyword for the album, as well as show you names that haven't already been used. This is a simple approach to get started and might assist you in determining the sort of name you want.

Use a favorite lyric or sentence from one of the songs

When it comes to publishing a record, it's common to cut tracks or lyrics. If you have a favourite song or phrase that didn't quite make the cut, now is a fantastic chance to put it to use by naming your album after it.

Some bands have even used the names of deleted songs as album titles and then used the song on subsequent albums.

Alternatively, instead of explicitly using one of your song titles, you might use a hook from one of the songs. Even if it isn't the most popular song on the album, it may nonetheless encapsulate its soul.

The Album could be titled after the Artwork

You can usually come up with a phrase that symbolizes who your band is at the time of the album's release if you or your band places a lot of focus on the album visuals, such as the album art or the group's aesthetic.

For example, if the record was inspired by a certain image or painting, and you want to utilize it as the album's artwork, it's only natural to call it after the artwork.

Something that reflects the location and time of your recording

Independent performers are sometimes forced to record in cramped bedroom studios or dark basements. Bands do, however, occasionally have the opportunity to record in stunning settings during their peak season. Both of these events are enough to make you want to write more music, and they might also serve as inspiration for the album's title.

Remember that the name must be acceptable to everyone in the band, and it must be consistent with your artistic vision. Choose an album title you're pleased with because you'll be promoting it for the next six months and referencing it for the rest of your career!

Key Tips For Independent Musicians: How To Release An AlbumHow to learn western music quickly and with less effortHow to learn piano easily with the right approachHow to learn guitar easily and quicklyMusic Learning Tips For AdultsWhat Are The Fundamentals Of Learning To Play An Instrument?5 common guitar mistakes to avoid for better performancesA comprehensive guide to learning western musicWhich Is Easier To Learn - Piano Or GuitarTop 8 Best Guitar Online Courses